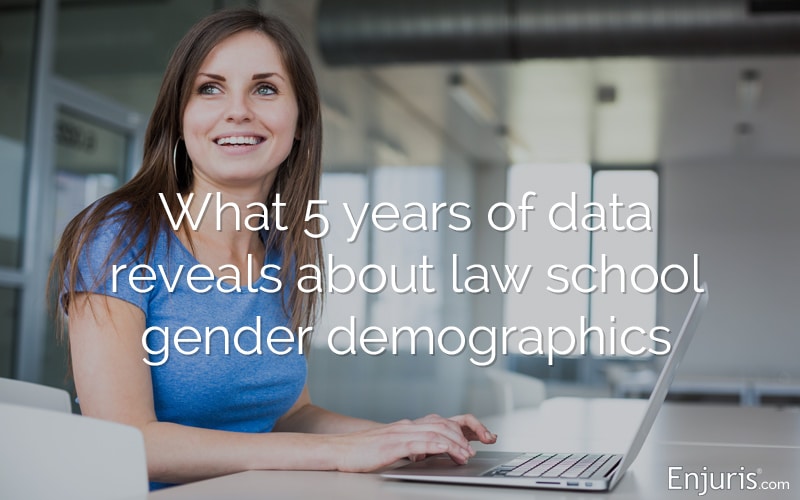 Studies consistently show that female enrollment in law schools is important in the legal field. For this reason, the Enjuris team has made a point of keeping our eyes on the ever-changing gender demographics of the nation’s law schools.

Recently, we took a close look at the gender breakdown of law schools in 2020 and compiled the latest Law School Rankings by Female Enrollment report, which details the percentage of women in each state’s law schools, including the country’s 20 top-ranked law programs.

In recognition of our 5th year tracking the data, we also took a look at how gender demographics have changed since 2016.

Here are some of our key findings:

According to data collected by the American Bar Association (ABA), women outnumbered men in law school classrooms across the country for the 5th year in a row in 2020.

The law schools in the chart below rank in the top 20 nationally for female enrollment.

However, there are still a number of law schools where the percentage of women enrolled continues to lag. The schools in the chart below ranked in the bottom 10 nationally for female enrollment in 2020.

Nevertheless, women remain underrepresented in positions of leadership within the legal field. Given the latest data, particularly the significant percentage of women enrolled in top-ranked law schools, there is reason to be optimistic that this will soon change.

You can view our full report here:
https://www.enjuris.com/students/law-school-women-enrollment-2020/