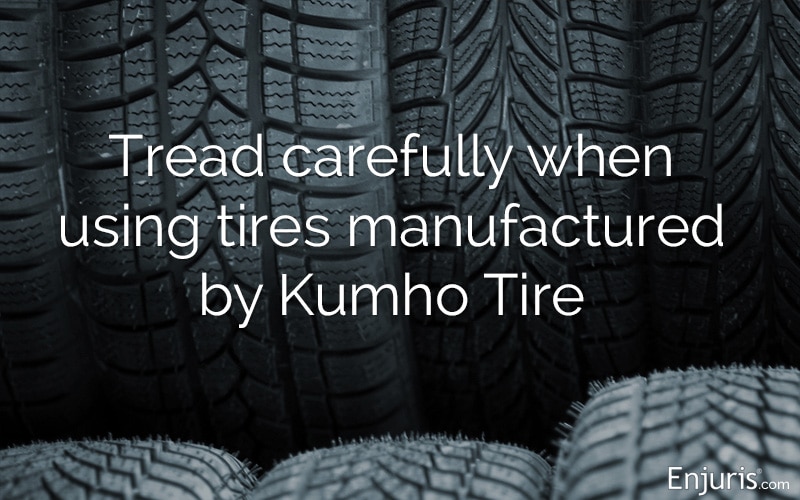 When most people think about motor vehicle accidents, they think about drivers making mistakes, whether it’s driving aggressively, texting while driving, or operating a vehicle after too many drinks.

But what happens if the vehicle is the problem?

On September 30, 2021, a Pennsylvania truck driver received a $3 million verdict following a truck accident caused by a defective truck tire.

Let’s take a closer look at the accident, as well as product liability lawsuits in general.

Milford Stevens was operating a tri-axle dump truck on U.S. 422 near Muddy Creek Township when the tread separated on his left front tire.

The tread separation caused the tire to quickly lose air pressure. As a result, the dump truck, which was carrying more than 72,000 pounds of sand, flipped over.

Over the course of the trial, Mr. Stevens’ lawyers argued that the tire, which was manufactured by Kumho Tire USA, was defectively designed and should have never entered the marketplace. Specifically, the attorneys argued that the tire’s belts didn’t include an adequate AO package, which would have prevented the tire from premature failure due to oxidation issues.

"This truck was a ticking time bomb because manufacturers like Kumho Tire USA are driven by profit rather than safety," said Mr. Stevens’ lawyer. "Bad designs cause bad problems. Companies like this shouldn't be allowed to benefit from our system of trade while disregarding the safety of our citizens."

Mr. Stevens suffered serious neurological injuries as a result of the crash, as well as fractures to his vertebrae, head, and face.

At the end of the trial, the Allegheny County jury returned a verdict of $3.08 million against Kumho Tire USA.

The Korean tire manufacturer, Kumho Tire, is no stranger to being sued.

A similar lawsuit was filed against Kumho Tire in 2010. The lawsuit, Hajek v. Kumho Tire, was filed by the wife of a man who was killed when the vehicle he was driving was struck by a Ford F250 pickup. The lawsuit alleged that due to the tread and belt separation of the Ford F250’s front tire, which was manufactured by Kumho Tire, the driver lost control and crossed the yellow line. The case was ultimately settled.

What’s more, a class-action lawsuit was recently filed against Kumho Tire alleging that Kumho’s “low rolling resistance tires” were manufactured from a defective rubber compound that was “too soft and not in compliance with federal regulations.” As a result of the alleged defect, the class-action lawsuit alleges that the tires are subject to rapid wear and erosion, and are unsafe for road use. The case is currently pending.

The law recognizes 3 types of defects that can lead to a product liability lawsuit:

Product liability claims are based on negligence or strict liability.

If you believe a defective product may have caused your injury, a personal injury attorney can help. Find an attorney in your area using our free online directory.