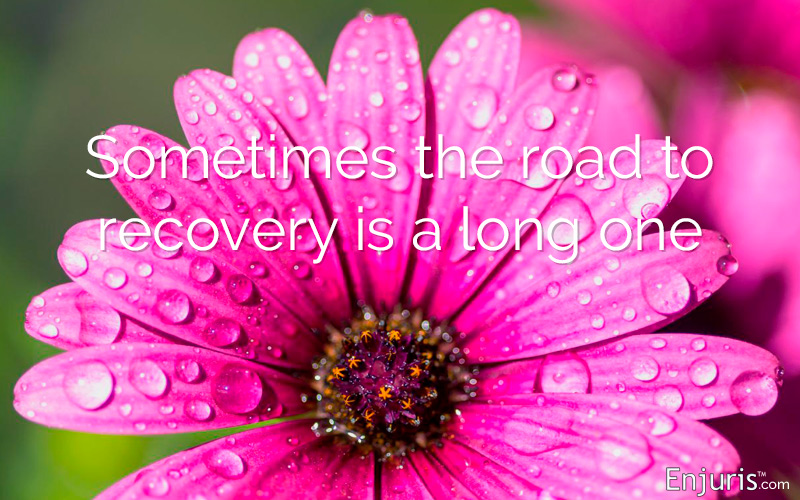 Breast implants were a popular cosmetic surgery a few decades ago. Today, they’re not quite as commonplace as purely cosmetic enhancements, but women continue to receive breast implants following mastectomy surgeries.

Breast implants have become safer over time, but there are some long-term impacts from the early implants that continue to cause problems for women all around the country.

In fact, breast implant lawsuits against manufacturers for defective products continue in the courts today.

A brief history of breast implants

Believe it or not, women have been getting breast implants for more than 50 years.

A breast implant is a pocket of liquid placed inside the breast in order to increase its size or change its appearance. As early as the 1940s, women in Japan were getting implants by injecting goats’ milk, paraffin, and eventually silicone directly into their breasts.

In 1962, the silicone breast implant was created and the procedure was first performed on a woman in Texas. In 1976, the U.S. Food and Drug Administration began to regulate implants, which meant they had to meet certain controls and standards.

However, there were adverse events being reported, and that led to the FDA classifying them as a “class III” medical device in 1982. A class III device requires general controls and premarket approval.

The first plaintiff to win a breast implant lawsuit was Mariann Hopkins, who was awarded $7.3 million in 1991 against implant manufacturer Dow Corning. Within weeks of the verdict, the FDA called for a voluntary moratorium on silicone gel breast plants until their safety could be reevaluated. Shortly after, Dow Corning, Bristol-Myers Squibb, Bioplasty and other manufacturers withdrew their products from the silicone implant market.

By early 1992, the FDA had advised that silicone breast implants should only be used for surgical reconstruction or correction of congenital deformities. More than a decade later, the FDA lifted the restriction and now clears silicone implant use for cosmetic purposes for women more than 22 years old.

Facing factsIn 2010, breast implants were the most popular plastic surgery in the U.S., and more than 300,000 procedures were performed that year alone. Of those, 62% were silicone implants.

Between 2008 and 2015, there were about 200 complaints about breast implants reported by the FDA each year. That was a tiny fraction of the number of women receiving implants, so they were regarded as generally safe.

It turns out that there weren’t actually 200 complaints per year. When the FDA changed the manufacturers’ reporting requirements in 2017, the numbers suddenly shot up. There are a lot of reasons for this, including how incidents are reported and what’s required in medical records.

The bottom line is that breast implant lawsuits aren’t going away anytime soon.

Recent studies show that silicone breast implants are linked to certain autoimmune diseases. These include:

Nearly 500 women have been diagnosed with BIA - ALCL as of early 2019. Usually, the disease will go away once the implants are removed, but not always. Some of the women have required chemotherapy treatment, and 17 deaths are reported.

Breast implants can also cause:

A product liability lawsuit was filed in 2019 by two women who claim they’ve each had a variety of health problems associated with Mentor MemoryGel silicone implants.

Plaintiff Jamie Gale, who received her implants in 2009, reported the same issues. Both plaintiffs in the MemoryGel lawsuit had their implants removed and the side-effects disappeared.

It’s not just the affected women filing lawsuits. There’s also a recent class action lawsuit against manufacturer Allergan, claiming that the company didn’t disclose that certain types of breast implants could increase cancer risk. This lawsuit, filed on behalf of investors, claims that the company knew of the risks and didn’t warn the public.

The common theme in these and other breast implant lawsuits is that the manufacturers knew that there were significant health effects linked to silicone breast implants, but they failed to warn the medical community or patients. They didn’t conduct the studies required by the FDA, and they actively concealed the information about the risks.

Breast implant lawsuits have a long history. These are just some of the larger outcomes:

What to do if you’ve suffered breast implant illness

If you believe you’ve suffered an injury or illness due to a silicone breast implant, you might be able to join a lawsuit or file a new one. Generally, these would fall into a product liability claim based on the manufacturers’ failure to warn consumers of the risks of breast implants.

There are specific personal injury lawyers who specialize in defective product litigation. Medical device injuries are common, and there are currently lawsuits pending for a variety of medical devices — including:

If you’ve been injured by a medical device, procedure, or drug, talk to an attorney to learn more about what to do next and explore your legal rights to compensation.