Accident Help (Home) » Injury Blog » What if it Was Your Fault? 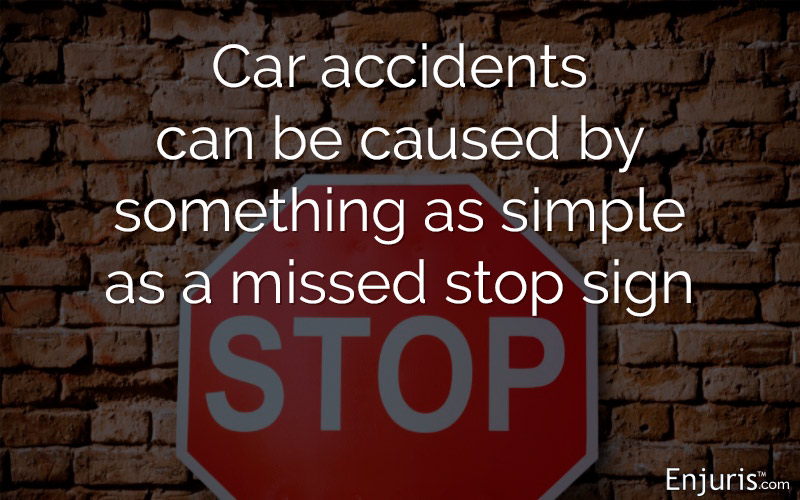 While people who cause car accidents are often thought of as careless or negligent, many accidents are committed by simple human error and the driver involved is deeply remorseful.

For instance, a 70-year old woman from Florida, whom we will call Betty, recently shared her story of the car accident she caused and how it impacted both her and those she crashed into.

Betty was driving one day and missed a stop sign, moving right through the intersection. This caused an oncoming car from her left to ram into the side of her vehicle. Betty's car then skidded across the street, striking two students on a scooter who were on their way home from school.

Thankfully the boys did not appear to be seriously hurt at the time, but to Betty's horror, one simple driving mistake impacted four people's lives in the blink of an eye.

After the accident, insurance information was exchanged and she apologized to the others involved, since she knew that she was at fault for the accident.

What happened after the accident?

As a result of the accident, both cars needed repairs and the boys needed medical attention to assess for injuries.

Betty was shaken for weeks afterward, asking herself, “How on earth did I miss that stop sign?”

She even went back to the site of the crash to check out the sign. “Yes, it has pretty roses growing up the post, but it’s not the post you see – it’s the big red sign at the top!" she thought to herself.

A few weeks later, she received copies of documents from her insurance company. The boys had hired a personal injury attorney to help with their claim.

The attorney was writing to say that both boys had back injuries that would require ongoing treatment and medication. They were asking for $300,000 to cover the cost of treatments. In his letter, the attorney detailed how the boys' lives would forever be changed.

Betty realized that those boys were actually hurt and that back pain is not something to be overcome easily.

She expects that there will be a settlement in the case, and she is glad of that. Though she also wondered how much had been embellished by the plaintiff’s attorney, in order to dramatize and create the perception that a higher amount of damages should be awarded.

And next she wanted to know: how else can I help the victims?

Making reparations if the accident was your fault

While she didn’t know what she could do to help, Betty prayed for their recovery and hoped that the boys would get a fair settlement.

There are online resources available for both accident victims and the drivers who caused the accidents, including:

While Betty's case is ongoing, she realizes that her insurance premiums will be rising and that the accident is likely something that will stay with her – and the others involved - the rest of her days.

Have you ever caused an auto accident? Did you struggle with how to make amends to the victims? Please share your story below.