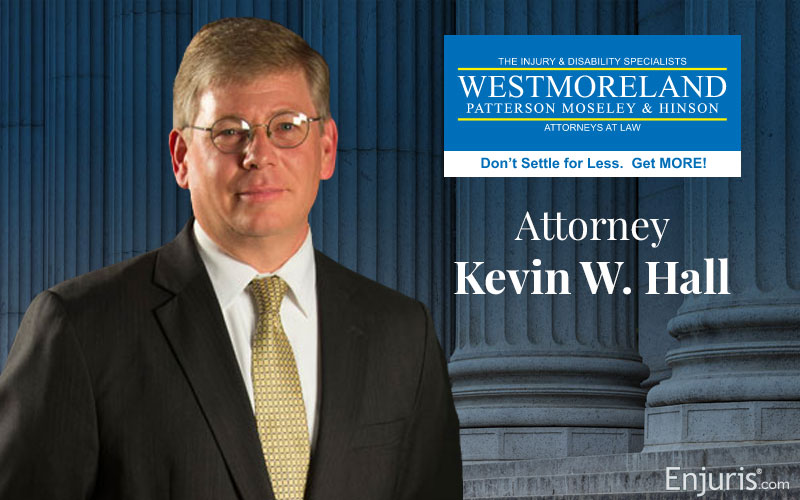 “You should feel confident that your attorney is familiar with the law pertaining to your case,” explained Georgia Social Security disability attorney Kevin W. Hall in a recent interview with Enjuris.

Kevin is certainly familiar with the law.

But like all good attorneys, Kevin realizes that being knowledgeable is only part of his job.

“Your attorney should be competent and accessible,” Kevin said, adding that he tries to return his clients’ calls on the same day and, if one of his clients doesn’t understand the law, he wants them to feel comfortable asking him to explain it.

“You may have handled hundreds of these cases, but this is your client’s only case.”

Kevin’s clients may have more questions than most, as they’re often facing dire circumstances. In most cases, they’ve developed an injury or illness that has taken them out of the workforce. In addition, they’re going up against the federal government, which has lots of resources at its disposal, and they may have no resources.

“My client may be living under a bridge,” Kevin told Enjuris. “They may have no friends or family or resources at all. Fortunately, I get to help them.”

Kevin’s empathy may sound familiar to anyone who has read To Kill a Mockingbird. The fictional attorney, Atticus Finch, has served as an inspiration to Kevin. “He stood up to a mob and was both compassionate and thoughtful towards his client.”

Kevin comes from a military family. He moved around a lot as a kid, but settled in Macon in 1981 and proudly calls the city home. He joined Westmoreland, Patterson, Moseley & Hinson, one of the first law firms to practice Social Security disability law, in 1991.

If you have questions about your Social Security benefits, look no further—Kevin and his law firm are ready to return your call today.