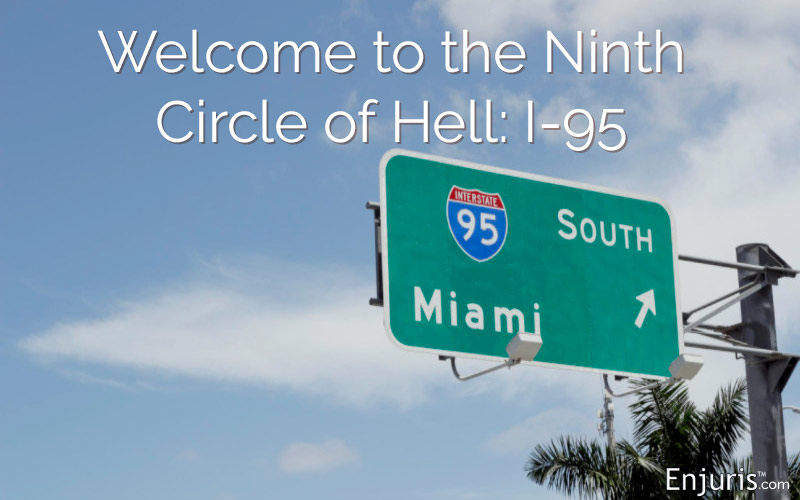 Car accidents can happen anywhere, at any time – but some places in Florida just seem to have worse luck than others.

Florida is famous for its dangerous roads; that’s part of the reason why so many personal injury attorneys have billboards plastered along the highways. It’s just good business sense.

The Sunshine State has the not-so-honorable distinction of housing the most dangerous highways in the country, as well as several of the lesser – though still considerably hazardous – streets.

Let’s take a look and see what they are, so maybe you can pick a road less traveled on your next journey.

Central Florida recently earned the distinction of being the most pedestrian-unfriendly place in America.

The following stretches of roads were compiled by citizens who are trying to get politicians to put up barriers, lights, medians and crosswalks:

South Florida - you knew this was coming!

Intersections are clogged, traffic jams abound and commutes are insanely long. Wherever there are traffic jams, there are car accidents. Check out this list for the worst of the worst:

For whatever reason, it’s harder to find specific information about North Florida’s risky roads. However, we were able to find the following data:

Dangerous roads are such a problem in Florida that attorneys even specialize in it as a practice area. See Lorenzo & Lorenzo's page on cases involving poor road conditions in Tampa.

Do you live in Florida and have a dangerous road story to share with us? Drop us a note in the comments below!