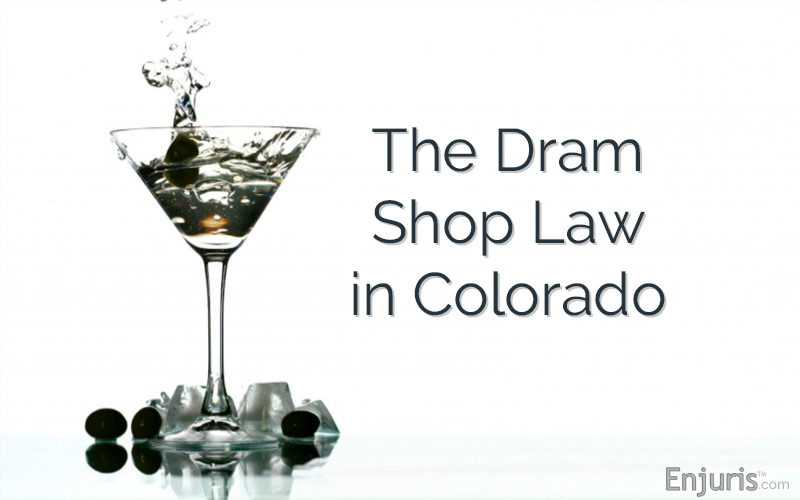 How bars, restaurants and social hosts can be held liable for serving alcohol

Table of Contents + show
How bars, restaurants and social hosts can be held liable for serving alcohol
The basics of dram shop law in Colorado
What about social hosts and vendors who serve liquor in Colorado?

You're out with your friends on a Saturday night in Colorado. The three of you are strolling down the sidewalk, laughing and joking as you walk to a restaurant. Everything is grand.

Suddenly, you hear the screech of tires - a Pinto comes barreling down the street, weaving from lane to lane. You have no time to move. You and your friends are hit by the driver. All of you survive but have significant medical bills.

It comes to light that the driver was Breathalyzed at the scene, blowing such a high number that officers couldn't understand how he was conscious.

You want to hire a Colorado lawyer because, as it turns out, the drunk driver doesn't have too much in resources. But a bar kept serving him drink after drink, knowing how drunk he was and giving it to him anyway. Then he left that bar and got behind the wheel of a car.

Can that bar be held responsible for negligence? What do Colorado's liquor serving laws and, more specifically, dram shop laws say?

The basics of dram shop law in Colorado

If you're injured by a drunk driver or a visibly intoxicated person, you should always ask where they drank those drinks. This type of lawsuit is covered under the state's “dram shop” law, and it only applies in certain situations:

The dram shop law states in Colorado Revised Statute 12-47-801 that a plaintiff has to prove the vendor willfully and knowingly served or sold alcohol to someone under 21 or who was visibly intoxicated. So, it's not enough that the bartender should have known the defendant was drunk; a plaintiff must show that the bartender was wilful and knowing in his actions. Furthermore, even if the plaintiff wins, damages are capped at $150,000 (plus interest).

Can you think of someone who would admit that they willfully and knowingly committed a crime? As you might imagine, this is a high threshold for plaintiffs' attorneys to meet.

What about social hosts and vendors who serve liquor in Colorado?

An alcohol vendor would be something like a liquor store or a bar - a business that is subject to Colorado's liquor serving laws. That would be the above scenario, in which a bartender serves someone underage or intoxicated.

But how do dram shop laws apply when liquor is served in private settings?

No social host who furnishes any alcohol beverage is civilly liable to any injured individual or his or her estate for any injury to such individual or damage to any property suffered, including any action for wrongful death, because of the intoxication of any person due to the consumption of such alcohol beverages, except when: (I) It is proven that the social host knowingly served any alcohol beverage to such person who was under the age of twenty-one years or knowingly provided the person under the age of twenty-one a place to consume an alcoholic beverage [ . . .].

This means that social hosts cannot be held responsible for injuries to third parties, even if they knowingly served an intoxicated individual who then went out and hurt someone. If that intoxicated individual is a minor, however, the story changes. A social host can be held legally responsible for injuries caused by a minor if the host knowingly either A) provided a place for the minor to drink or B) served alcohol to the minor. So, for example, Regina George's mom (AKA “the cool mom”) in the classic Lindsay Lohan film, Mean Girls, would have been held legally responsible if one of the drunk kids had injured another.

Charges under a dram shop law would likely be in addition to negligence charges.

If you have been injured by someone who you believe was served alcohol by another person, get in touch with a Colorado attorney who can help you sort out the particulars of a complicated case like this.