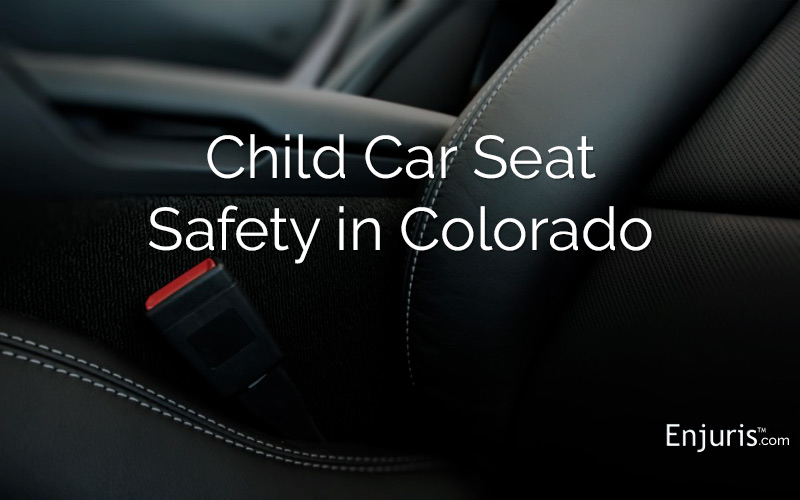 How to protect children, toddlers and infants by putting them in the right car seat at the right time

Did you know that three out of four parents mistakenly believe their children are sitting in the correct size car seat? That’s according to the Colorado Department of Public Health & Environment.

So at what age should a child sit in a car seat? When should they be put in a booster seat versus a five-point restraint system? It can be hard to get squirming bodies into those buckles, so many parents dream of the day when their child can simply take over the process. But until then, parents need to make these important decisions.

Colorado has car seat rules and regulations to protect children who aren’t large enough for seatbelts. The information below will help you judge when it’s appropriate for your child to graduate to the big kid seat.

We recommend following Colorado law to the letter by keeping your child in age-appropriate seats.

The car seat law in Colorado lays out the bare minimum that parents must legally follow.

Colorado law on car seat use by age and weight
(all seats should be used in accordance with instructions from the manufacturer):

All safety seats should be installed and fitted according to the manufacturers' instructions and the vehicle owner's manual.

It is the responsibility of parents or supervising adults to ensure that any child in the car is properly restrained in a federally-approved child car seat.

What are the repercussions if you fail to follow these regulations?

Aside from the threat of greater injury in the event of an auto accident, failure to comply with state law in Colorado can result in a ticket of at least $82.

There are also other basic safety recommendations that families should remember when traveling in a vehicle. For instance, young children should ride in the back seat of the car because of concerns with air bag deployment, which – given a kid’s height and the location of the air bags – could result in head trauma.

It’s also recommended to keep your child in a booster seat until they reach a height of 4’ 9”, which helps lessen injuries in the event of an accident.

Enjuris Tip: Keep your kid in a booster seat until they reach a height of 4’9”, or until they hit the maximum weight guidelines recommended by the Safe Kids Coalition.

Child car seats, when used as intended, reduce the risk of death by 70%. It’s not like federally-approved booster seats cost an arm and a leg, either; for the peace of mind, you can pay as little as $15 and get the seat inspected for free, like at Children’s Hospital Colorado.

A seat belt is meant to cross the passenger’s hips and shoulders, not the belly and neck. The National Highway Traffic Safety Administration stated that children who aren’t properly restrained during traffic accidents is the leading cause of death for American kids ages 5 to 14.

3 out of 4 parents mistakenly believe their children are sitting in the correct size car seat. Tweet this

The takeaway for parents

The safest thing for your child is to keep him or her in a booster seat for as long as possible — until they reach a height of 4’ 9”, or the maximum weight for that particular restraint system. Once your child has reached that marker, you should feel comfortable about allowing the use of a normal seatbelt.

Do you have any other questions about child car seat safety? Let us know in the comments.