Accident Help (Home) » Injury Blog » When an Injury Isn’t Covered by Workers’ Compensation, What Can You Do?

And sometimes that’s true, but not always. Yes, workers’ compensation is designed to be a true benefit to an employee who became injured while doing their job. It’s no-fault insurance, so you don’t need to prove that your employer (or anyone else) was negligent and you don’t need to prove how the injury happened—only that it happened at work.

So that’s all good news (well, good news that it’s covered but bad news that you were injured in the first place).

But what isn’t covered under workers’ compensation?

Types of injuries not covered under workers’ compensation

Table of Contents + show
Types of injuries not covered under workers’ compensation
What if you do experience an injury that’s not covered?
What can you do if you’re not sure if your injury is covered?

Acts of God. An Act of God would be an event like an earthquake, hurricane, landslide, etc. that no one could have prevented.

Common, single-occurrence illnesses. If you catch the flu, a cold, COVID-19, or any other “common” illness, it is not covered.

Pre-existing condition. Any illness or condition you had previous to the job would not be covered.

An “ordinary disease of life.” Similar to a pre-existing condition, some illnesses just... happen. They could be caused by genetics, lifestyle, or there might not be any specific reason at all. This would include a heart attack or stroke that happens at work.

Workplace violence. If a coworker attacks you or a colleague, it is not usually covered by workers’ compensation.

Off-duty recreation. Office softball team? Group picnic? All great things to do, but if you become injured it’s not covered under workers’ comp, even though it’s an employer-sponsored activity. This also includes voluntary participation in wellness programs or other work-related fitness or sports activities.

Intentional injury. If you hurt yourself (or someone else) on purpose, your injury is not covered.

Mental illness. This is not work-related unless it is determined to be by a physician or licensed mental health professional.

Employee was acting as a member of the public. If you were injured in your work environment but while there as a general member of the public, it is not considered work-related. For example, you’re a teacher in the school your children attend. You take them to a school play outside of your work hours and attend as a parent, not as an employee. You become injured while watching the play, and that is not considered a work-related injury.

OSHA sets forth criteria for what is and is not a work-related illness. The example OSHA provides of a non-work related injury that happened at work is if an employee chokes on a sandwich while at work.

What if you do experience an injury that’s not covered?

Your medical treatment for a “typical” illness like a cold, flu, or injury like a broken leg or something of that nature could be covered under your regular health insurance if you have it.

But if you experience a work injury that was caused by the negligence of someone other than your employer, you might be able to file a third-party liability lawsuit.

For example, say you were injured because a reckless coworker tossed a bat during a company softball game and it hit you, causing a head injury. That’s not considered a work injury under workers’ compensation laws but if the person was negligent, you could sue the individual for your expenses related to the injury.

Another example can be made from the scenario of a teacher acting in their capacity as a parent. If the school play was off school grounds—at a performance center or auditorium—and the teacher fell down a flight of stairs because of a broken step, they could sue the performance venue for premises liability.

What can you do if you’re not sure if your injury is covered?

Call the legal team at the Law Offices of Robert E. Wisniewski today. We can help determine whether your injury is covered under workers’ compensation and what to do if it isn’t. 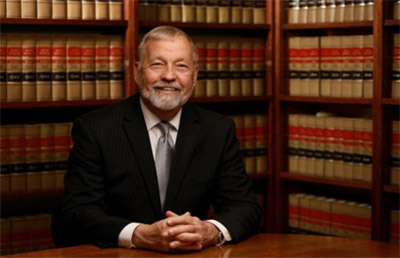