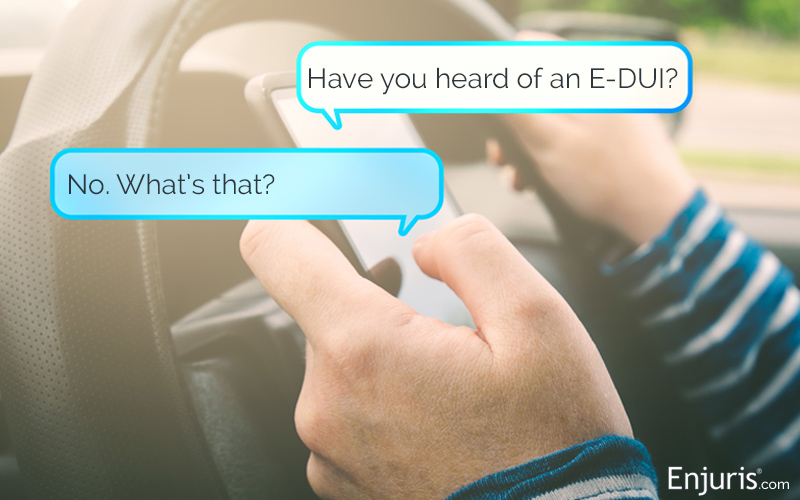 In 2017, after a year in which 155 people died from distracted driving in the Evergreen State (27.5% of all traffic fatalities), the Washington legislature passed 2 laws intended to reduce the number of accidents caused by distracted drivers.

The laws appear to have had a positive impact. Fatalities involving distracted drivers dropped an unprecedented 25% in the year after the laws were passed. However, there’s still a lot of confusion about what exactly you can and can’t do while driving in Washington.

In this article, we’ll take a look at Washington’s distracted driving laws, and we’ll explain how the laws might impact your personal injury claim if you or a loved one are injured by a distracted driver.

The term “distracted driving” refers to any non-driving activity that diverts your attention from driving. The most common example is using a cell phone while driving, but there are many other types of distracted driving behaviors:

Distracting activities tend to fall into 1 of 3 categories:

Texting and driving falls into 3 categories of distractions, which is why it is particularly dangerous.

Facing factsAccording to the Washington Traffic Safety Commission, roughly 30% of crash fatalities and 23% of serious crashes in Washington are due to distracted driving. What’s more, drivers are 3 times more likely to be involved in a crash when using their phones.

Washington’s Driving Under the Influence of Electronics Act

In 2017, Washington passed the Driving Under the Influence of Electronics Act (E-DUI). The law, which can be found in the Revised Code of Washington 46.61.672, is known as a “hands-free law” and prohibits drivers from using hand-held cell phones while operating a vehicle.

Let’s take a closer look at what is and isn’t allowed under the law:

If you’re pulled over and charged with an E-DUI, you will receive a citation for $136. The fine will increase for subsequent violations. What’s more, all E-DUI citations will be reported to your insurance company, which will likely increase your insurance rates and may make it more difficult for you to get coverage.

Facing factsUnder Washington’s new law, police issued 33,825 citations in 2018 and 37,402 in 2019. In comparison, only 24,226 citations were issued under the old law (which merely prohibited hand-to-ear cell phone use and texting) in 2016. The numbers suggest that the new law is easier to enforce.

In addition to Washington’s E-DUI law, Washington has a more general law that prohibits other types of distractions.

Washington’s Dangerously Distracted law can be found in the Revised Code of Washington 46.61.675. The law prohibits drivers from engaging in any activity that is not related to the actual operation of a motor vehicle in a manner that interferes with the safe operation of the motor vehicle.

Examples of prohibited activities include:

A violation of Washington’s Dangerously Distracted law is a “secondary traffic infraction,” which means law enforcement officers can’t stop a motorist for violating the law unless there’s a primary infraction being violated. In other words, the officer must have reason to believe the motorist has committed some other traffic violation such as speeding or running a red light.

A person who violates Washington’s Dangerously Distracted law will receive a minimum fine of $30.

How common is distracted driving?

Enjuris tip:Research has shown that even using hands-free devices is cognitively demanding. Though it’s not illegal to use a hands-free device in Washington, the safest option is to avoid all types of communication until you arrive at your destination.

How does distracted driving impact a personal injury claim in Washington?

Motor vehicle accident lawsuits are generally based on the legal concept of negligence.

In Washington, negligence is defined as “the failure to exercise reasonable care to prevent harm to someone else on the road.” If the plaintiff can prove that the defendant was using a cell phone (or engaging in some other distracting activity) when the accident occurred, they can generally establish negligence.

Ready to talk to an attorney about your case? Find a car accident lawyer near you using our free online directory.