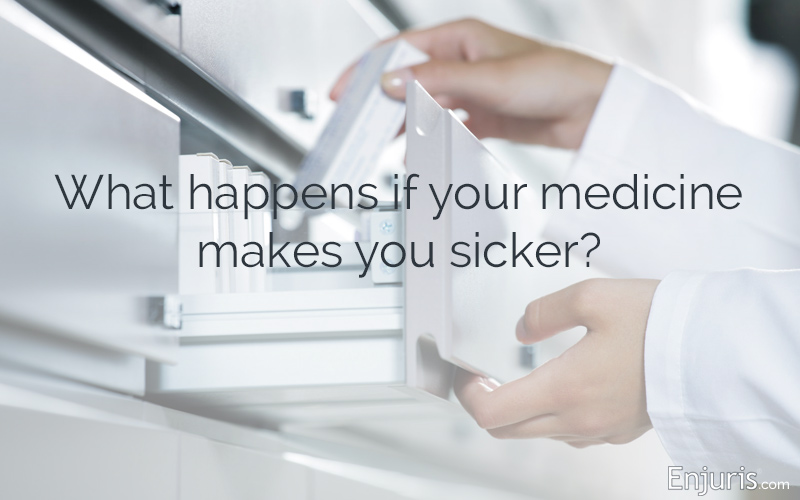 Does Zantac and other generic forms of the drug cause cancer?

The term pharmaceutical liability refers to the area of law that governs who (if anyone) is liable when a medicinal over-the-counter (OTC) or prescription drug causes harm because of a defect.

Hundreds of pharmaceutical liability lawsuits have been filed across the United States against drug manufacturers alleging that Zantac (and its generic versions) were contaminated with a cancer-causing chemical.

In this article, we’ll take a closer look at Zantac, the status of the Zantac lawsuits, and what you should do if you developed cancer after ingesting Zantac.

Zantac (the brand name version of the generic drug ranitidine) is a histamine-2 blocker that decreases the amount of acid created by the stomach. Zantac is primarily used to treat gastric ulcers, heartburn, acid indigestion, and other gastrointestinal conditions.

Zantac was developed by GlaxoSmithKline (GSK) and approved for prescription use by the U.S. Food and Drug Administration (FDA) on June 9, 1983.

Today, roughly 18 million people in the U.S. are prescribed Zantac or a generic form of the drug every year, making it the 41st most prescribed medication in the country.

Does Zantac cause cancer?

In 2019, a pharmacy in New Haven, Connecticut, discovered the presence of the chemical N-Nitrosodimethylamine (NDMA) in some batches of Zantac.

Follow-up tests conducted by the FDA confirmed the presence of NDMA in Zantac and noted that the amount of NDMA could increase significantly over time when the medication is stored at higher than room temperatures.

So what is NDMA and does it cause cancer?

NDMA is a human carcinogen (a substance that could cause cancer).

The FDA set the acceptable daily intake limit for NDMA at 0.096 micrograms. In other words, the FDA believes that consuming up to 0.096 micrograms of NDMA per day over the course of your lifetime is reasonably safe.

However, when the FDA tested Zantac, it found that the amount of NDMA in some tablets (which are intended to be taken daily) exceeded the 0.096 microgram limit by as much as 9 times.

Whether or not ingesting more than 0.096 micrograms of NDMA actually causes cancer is unclear.

At least one study, conducted by the Memorial Sloan Kettering Cancer Center, suggests that the use of Zantac significantly increases a person's odds of being diagnosed with breast, testicular, thyroid, and kidney cancer. Other studies, however, have not found sufficient evidence to confirm a causal connection.

Regardless, most experts agree that NDMA contamination poses a potential carcinogenic risk of undetermined effect for those taking Zantac.

Has the FDA recalled Zantac?

On April 1, 2020, the FDA recalled Zantac and all other prescription and over-the-counter drugs containing ranitidine from the market.

In its recall notice, the FDA acknowledged that this was merely the latest step in an ongoing investigation.

Should I stop taking Zantac immediately?

The FDA recommends that consumers taking over-the-counter Zantac (or any other drug containing ranitidine) should stop immediately.

If you’re taking prescription Zantac, the FDA recommends that you speak with your health care professional about other treatment options before stopping the medicine.

Both consumers and patients should dispose of any unused Zantac in accordance with the FDA’s safe disposal requirements.

Hundreds of lawsuits have been filed by plaintiffs who took Zantac or a generic version of Zantac and were later diagnosed with cancer. Generally speaking, the lawsuits allege that:

Let’s take a look at a couple of related lawsuits:

On January 24, 2018, Michael was diagnosed with bladder cancer.

Michael filed a lawsuit in the U.S. District Court for the District of New Jersey on November 14, 2020.

According to the lawsuit:

“Had [Michael] been informed that taking Zantac would expose him to unsafe quantities of NDMA such that it could and did cause him to contract bladder cancer, he never would have purchased or ingested Zantac.”

Joseph L. Galimidi was one of the first people to file a Zantac-related lawsuit.

Joseph began taking Zantac in 2009. He developed breast cancer (an extremely rare type of cancer among men) in 2013.

Joseph filed a lawsuit in the U.S. District Court for the Southern District of Florida on October 23, 2019. The lawsuit alleges that the drug manufacturer knew about the cancers linked to Zantac and failed to warn the public.

As of April 2021, all Zantac-related lawsuits are still pending.

Do I qualify for a Zantac lawsuit?

To successfully file a lawsuit against the manufacturer of Zantac or one of its generic versions, you need to prove that:

Your medical records should be sufficient to prove that you took Zantac (or a generic form of the drug) and that you received a cancer diagnosis.

Proving that the drug caused your cancer is much more difficult, however.

Remember, scientists don’t even agree on whether Zantac causes cancer. The bulk of Zantac litigation will therefore involve experts on both sides presenting testimony. Ultimately, it will be up to the jury to decide who they believe.

How do I find a lawyer for my Zantac claim?

If you think you may qualify, you should contact a pharmaceutical liability attorney in your area as soon as possible.

You can schedule an initial consultation with an experienced attorney using our free online directory.