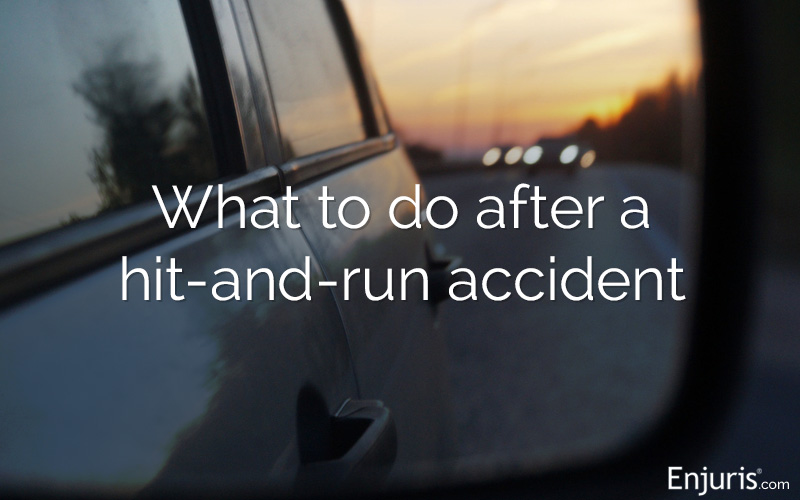 Whether you fled the scene or you’re the victim of a hit-and-run accident, there are some steps you should take

What made the death of the beloved 72-year-old history teacher all the more devastating was that the driver fled the scene without stopping.

Tragically, hit-and-runs happen all the time in the Show Me State.

In this article, we’ll take a look at Missouri hit-and-run accidents, including the steps you need to take to avoid a hit-and-run charge, the penalties for committing a hit-and-run, and whether hit-and-run victims and their families can recover damages.

Why do hit-and-run accidents happen?

Hit-and-run accidents are more common than you might think.

According to the AAA Foundation for Traffic Safety, a hit-and-run crash occurs every 60 seconds in the United States.

Here in Missouri, people are killed each year in fatal hit-and-runs—increasingly so in recent years.

A driver may flee the scene of an accident for all sorts of reasons. Here are some of the most common reasons:

The profile of a typical hit-and-run driver is a young male with a history of driving while intoxicated (DWI) charges or license suspension. However, anyone can make the mistake of fleeing the accident scene.

What steps do I need to take to avoid a hit-and-run charge in Missouri?

Missouri’s hit-and-run law can be found in Missouri Revised Statute § 577.060. The statute outlines the steps you need to take to avoid a hit-and-run charge following a car accident.

Here’s what you need to do if you’re involved in an accident that causes property damage, injury, or death:

Enjuris tip:Notably, you won’t be convicted of a hit-and-run if you fled the scene without knowing that you hit someone. However, you should be very careful about relying on this defense, as it’s extremely difficult to prove that you didn’t know you hit someone and most judges and juries are skeptical of this argument.

If the vehicle you hit was unoccupied (or you hit a fixed object), you must leave a note with your information at the scene and report the accident to the police.

What are the penalties for a hit-and-run in Missouri?

According to a report published by the AAA Foundation, roughly half of all hit-and-run drivers are eventually identified.

The penalties for a hit-and-run depend on the damages caused by the accident:

Keep in mind that the penalties listed above are only criminal penalties. You may still be held civilly liable for the accident.

What’s more, even if you weren’t responsible for causing the accident, you face an uphill battle in a civil case because insurance companies, judges, and juries are typically less inclined to believe a fleeing driver when it comes to the details of an accident.

So what should you do now?

If the vehicle you hit is still at the scene of the accident, return to the scene and complete the steps described above to avoid a hit-and-run charge.

If the vehicle you hit is no longer at the scene of the accident, call the local police and report the accident. Although you may still be charged with a hit-and-run, the judge may sentence you favorably based on the fact that you reported the accident.

What should I do if I’m the victim of a hit-and-run accident?

First things first, do not chase after the driver. Chasing after a fleeing driver puts you and everyone else on the road in danger. Instead, follow these 5 steps:

How do I recover damages if I’m the victim of a hit-and-run accident?

Hit-and-run drivers are considered “uninsured drivers” in Missouri, meaning you can file a claim under your uninsured motorist policy if the driver that hit you flees. Tweet this

Just like any other car accident, it’s important to gather evidence after the accident even though the other driver involved fled. Evidence that can be helpful includes witness contact information, photographs of the scene, and photographs of any damages.

Do I need an attorney if I’m involved in a hit-and-run accident?

If you’re the fleeing driver in a hit-and-run accident, you should reach out to a criminal defense attorney.