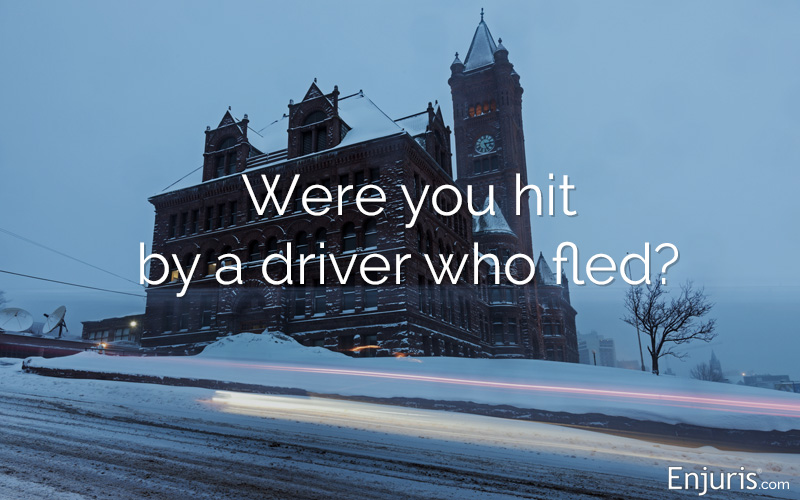 Why you should NEVER flee the scene of an accident

If you’ve ever bumped into a vehicle in a crowded parking lot and sped off without leaving a note, you’re not alone.

If you’ve ever walked up to your parked car and found a large scratch that wasn’t there when you parked it, you’re not alone.

A “hit-and-run” is when a person is involved in a car accident and flees the scene without identifying themselves or rendering aid to anyone who needs assistance. In this article, we’ll answer some common questions about hit-and-run accidents in Minnesota.

How common are hit-and-run accidents?

Hit-and-runs are a serious problem—not only in Minnesota but across the United States.

More than 1 hit-and-run crash happens every minute in the U.S., according to the AAA Foundation for Traffic Safety.

Real Life Example:Jordan Jewell, a 26-year-old Arden Hills tow truck driver, was charged in connection to a deadly hit-and-run crash in South Minneapolis. He faces up to 10 years in prison.

Investigators determined that the tow truck was from Cedar Towing and were able to identify the driver after contacting the company.

What do I need to do to avoid a hit-and-run charge?

There are several steps you’re required to take following an accident in Minnesota. Failing to take these steps may result in a criminal hit-and-run charge.

Here’s what you need to do:

But what happens if you hit an unoccupied vehicle?

If you collide with an unoccupied vehicle and cause damage, you must:

If you’re involved in a collision that damages a fixture (such as a fence or building), you must:

What are the penalties for a hit and run?

The penalty for committing a hit-and-run violation depends on 2 things: (1) whether or not you caused the accident, and (2) the nature of the damage.

In addition to the penalties outlined above, your driver’s license can (and almost certainly will) be suspended for a period of time if you’re found guilty of a hit-and-run, regardless of whether you caused the accident or whether it resulted in significant damage.

A number of scientific studies have attempted to identify the factors that contribute to hit-and-run accidents. These studies have drawn some interesting conclusions, including:

If you flee the scene of an accident, you should call the nearest police station as soon as possible and provide notice of the accident, along with your contact information. Doing so might not save you from a hit-and-run conviction, but it’s the right thing to do and it may result in you receiving a lesser sentence than if you’re caught.

What should I do if I’m the victim of a hit-and-run accident?

If you’re hurt in a hit-and-run accident, your first reaction may be to chase after the fleeing driver. This is always a bad idea. Chasing a fleeing driver puts you and everyone else on the road in danger.

Minnesota is a no-fault insurance state. This means that, among other things, all drivers are required to carry 2 types of insurance that will provide you with financial compensation if you’re the victim of a hit-and-run accident:

Hit-and-run accidents can be incredibly frustrating, but you don’t have to handle the aftermath alone. If you’re the victim of a hit-and-run accident, use our free online directory to contact a personal injury attorney in your area today. Most initial consultations are free.