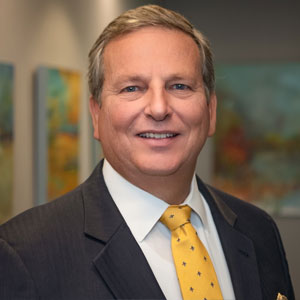 I'm 1 of 10 children who grew up on a farm in a single-wide trailer in Chester County. Thanks to some outstanding teachers throughout my life, I've been able to become what I dreamed of becoming—a trial lawyer.

For someone who suffered a serious personal injury, it can feel like the world has turned against you.

Over the course of his distinguished career, Mark Chappell has made a point only to represent individuals injured in accidents. He has never represented an insurance carrier, employer, or company.

Schedule a free consultation with Mark today to find out what it feels like to have 30 years of legal experience on your side.

Mark and the other attorneys with Chappell Smith & Arden, P.A. have recovered millions of dollars in settlements and verdicts.

$3.5 MillionVictim of a near head-on collision which led to severe trauma
$2 MillionSanitation worker was struck in the head by a defective door while unloading his vehicle
$1.6 MillionFamily of a loved one killed by a motorist
$1.2 MillionCouple injured in an accident with an 18-wheeler
$1.2 MillionFamily of a couple killed in an accident with a drunk driver
$1.1 MillionWoman struck by dump truck driver who had a disqualified license at the time of the crash

Mark Chappell has been representing accident victims for more than 30 years.

As 1 of 10 children from Chester, South Carolina, Mark understands the value of working hard and having solid roots. Although neither of his parents graduated from high school, Mark was blessed to attend college at the University of South Carolina, where he graduated in 3 years with degrees in economics and finance.

After graduating from college, Mark attended the University of South Carolina School of Law.

In 1984, Mark graduated from the University of South Carolina School and was admitted to the South Carolina Bar. He has been practicing law proudly ever since.

Mark is the founder of Chappell Smith & Arden, P.A., where he has handled thousands of personal injury cases, including those involving truck accidents and defective products.

Mark only represents people who have been injured through others' negligence. He does not represent insurance carriers, employers, or companies.

In those rare moments of downtime, Mark enjoys spending time with his family. He has been married to his high school sweetheart for 35 years and is the proud father of 4 children, one of whom practices law with him.