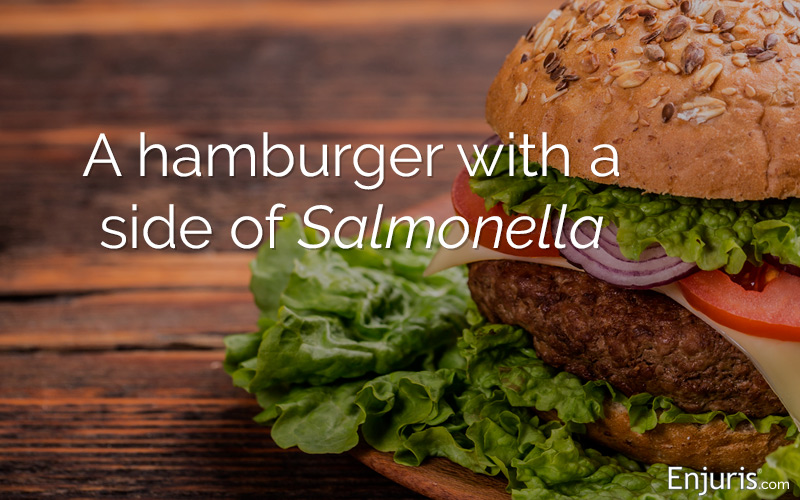 Table of Contents + show
What to do when you get seriously sick due to a foodborne illness
Symptoms and causes of food poisoning
Long term health issues associated with food poisoning
Theories of product liability
Negligence
Strict liability
Who can be held liable for food poisoning?
Common defenses against a food poisoning lawsuit
Connect to top-rated lawyers in seconds using our comprehensive national directory
When food gets contaminated, food suppliers, manufacturers, processors, distributors, and others that are part of the food chain may be held liable.

Food poisoning is a common illness caused by eating contaminated food. The federal government estimates that there are roughly 48 million cases of food poisoning every year.

Though you might think of food poisoning as merely a horrible inconvenience, it can be much worse than that. Food poisoning can lead to hospitalization, long-term health issues, and even death.

If you’ve suffered from food poisoning, you may be able to file a product liability lawsuit against the restaurant that served the contaminated food and, in certain situations, the food processor, distributor, or grower.

Symptoms and causes of food poisoning

When to see a doctor for food poisoning

The Mayo Clinic recommends seeing a doctor if you experience any of the following symptoms:

Food poisoning occurs when a bacteria, virus, or parasite contaminates your food at any point in production, which might include the growing, harvesting, processing, storing, shipping, or preparing food.

Though many harmful organisms cause food poisoning, 5 germs cause illnesses in the United States more than all the others:

There are roughly 48 million cases of food poisoning every year. Tweet this

Most people suffer mild symptoms from food poisoning that last several hours to several days. Although this period can be miserable, the symptoms eventually go away and the person recovers.

However, sometimes food poisoning can lead to long-term health issues and even death.

Facing factsAccording to the CDC, there are roughly 128,000 hospitalizations and 3,000 deaths every year due to food poisoning.

Though all individuals are at risk, certain groups are more likely to experience long-term health issues or death as a result of food poisoning. These groups include:

Children under the age of 5 are 3 times more likely to be hospitalized if they get a Salmonella infection. Kidney failure strikes 1 out of 7 children under 5 who are diagnosed with E.coli. Tweet this

Food is considered a product. Because of this, the appropriate lawsuit to bring after suffering from food poisoning is a product liability lawsuit.

Product liability lawsuits provide a remedy for individuals injured as a result of a defective product. A food item that is contaminated may be considered defective and food suppliers, manufacturers, processors, distributors, and others that are part of the food chain may be held liable.

Once upon a time, Chi-Chi’s was a popular Tex-Mex restaurant chain. Created by former Green Bay Packers star Max McGee, the restaurant launched in 1975 and franchises quickly popped up throughout the United States.

However, in 2003, 660 people became sick and 4 people died when they ate contaminated scallions served at a Chi-Chi’s near Pittsburgh. The chain had to pay more than $40 million to settle hundreds of lawsuits over the outbreak. The company sold all of its restaurants to Outback Steakhouse, Inc. in 2004.

Product liability lawsuits can be brought under the theory of negligence or strict liability. Let’s take a quick look at both theories.

Who can be held liable for food poisoning?

Anyone responsible for the contamination can be held liable in a food poisoning lawsuit. This might include:

The party you sue can then turn around and sue the other responsible parties for their share of the damages.

What if you get food poisoning from donated food?

The Bill Emerson Good Samaritan Food Donation Act is a federal law that protects individuals who donate food products. Donors will avoid liability for contaminated food so long as the food product “appeared” uncontaminated at the time of the donation. The law also protects non-profit organizations that receive donated food items in most situations.

The 2 most common defenses in food poisoning cases are:

The hardest thing to prove in a food poisoning case is that the defendant’s actions were the proximate cause of the plaintiff’s injuries. This is because symptoms of food poisoning often don’t appear for hours or even days after consuming the contaminated food. As a result, it can be difficult to prove that the defendant’s contaminated food caused the illness and not some other food that the plaintiff ate in the intermediate period.

To prove that your illness resulted from a specific food item, you may need to have a stool sample tested for the presence of the same microbes that were found in the contaminated food. If testing shows a match, your case will be much stronger. Similarly, if you can link your illness to a wider outbreak of foodborne illness, you will stand a better chance of recovery.

Enjuris tip: If you get food poisoning, be sure to report your illness to your local health department. Reporting an illness can help public health officials identify a foodborne disease outbreak and keep others from getting sick.

In addition to lack of causation, defendants often avoid liability in food poisoning cases because the damages suffered by the plaintiff aren’t severe enough to warrant the cost of hiring an attorney and pursuing the claim.

Generally speaking, minor symptoms (such as nausea, diarrhea, and dehydration) don’t warrant a lot of expenses. On the other hand, if you’re required to spend time in the hospital or you develop a long-term health issue, damages can be significant.

Before deciding whether to pursue a claim, talk to a product liability attorney near you. An attorney can help identify potential damages and may even be able to tell you if a class action lawsuit is a possibility.

Here at Enjuris, we hope you never experience food poisoning. But if you do, you can use the Enjuris Lawyer Directory to locate an attorney in your area. Most attorneys offer free initial consultations.