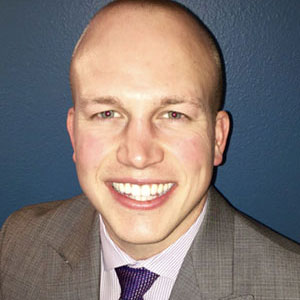 I originally wanted to become a public defender because I wanted to help people who didn't have many options or places to turn. When I moved to Colorado, I got into workers' compensation claimant's work to fight the good fight on behalf of injured workers. Helping injured workers get back to normal life is why I love doing what I do.

Insurance companies have unlimited funds and teams of well-paid lawyers willing to do whatever is necessary to avoid paying a claim.

If you've been injured in an accident, don't make the mistake of seeking compensation on your own.

Travis Barbarick and the team at The Babcock Law Firm know what it takes to stand up to the insurance companies and WIN.

Whether you've been injured in an accident at work or outside of work, contact Travis for your FREE CONSULTATION today.

After college, Travis became the director of the Ray-Pec Youth Wrestling Club in Kansas City. He loved working with kids but had to leave the program once he was accepted to the University of Missouri-Columbia School of Law.

In law school, Travis worked as a law clerk for the Honorable Judge George W. Draper III at the Missouri Supreme Court.

In 2014, Travis graduated from law school and moved to Denver, Colorado, where he worked as a law clerk for a local law firm while studying for the bar examination.

After passing the bar with flying colors, Travis worked for Lockton Companies doing mergers and acquisitions. Unfulfilled, Travis left in 2015 to join a workers' compensation law firm where he helped injured workers get the benefits they deserve for more than 5 years.

Today, Travis is thrilled to be a part of The Babcock Law Firm where he focuses on workers' compensation and personal injury cases.

Outside of the office, Travis enjoys an active Colorado lifestyle with his wife and sons by golfing, snowboarding, hiking, exercising, and recreating in the great outdoors. Travis is a big Kansas City Royals and Chiefs fan.

University of Central Missouri (graduated in 2009)

University of Missouri-Columbia School of Law (graduated in 2014)