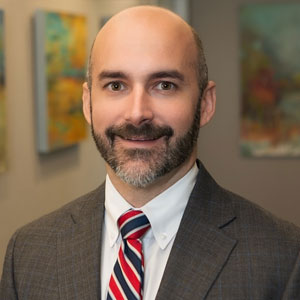 I tell my clients the legal system is akin to a complicated river. They need to get their boat from start to finish. When I'm hired, I see myself as the navigator. I give the best advice I can, but at the end of the day, the client is the boat's Captain. The client gets to make the decisions.

If you suffered a workplace injury, it probably feels like your whole world is collapsing.

Throughout his award-winning career, George Taylor has made a point to only represent injured individuals. He takes pride in the work he does and the relationships he builds with each of his clients.

Schedule a FREE consultation with George today to find out what it feels like to have someone help put your world back together.

George and the other attorneys with Chappell Smith & Arden, P.A. have recovered
millions of dollars in settlements and verdicts.

George Taylor knows a little something about serving others.

After graduating college from the Citadel, George accepted a Commission into the United States Air Force. He deployed multiple times during his service as an intelligence officer, including tours to Iraq and Qatar.

After leaving the Air Force, George attended the University of South Carolina School of Law, graduating with honors in 2011.

Chasing a desire to represent injured individuals, George accepted a job at Chappell, Smith & Arden, where he eventually became a partner. His practice focuses on workers' compensation and personal injury cases.

Others have taken notice of George’s efforts to help injured individuals. He was recently named one of the nation’s top injured workers’ attorneys by the Workers Injury Law Advocacy Group (WILG).