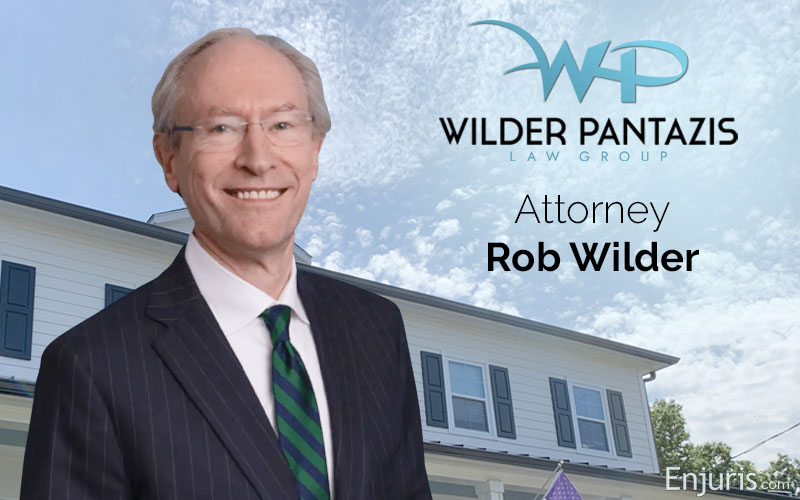 Here at Enjuris, we like to sit down and get to know the talented attorneys who join our growing online directory to learn about their story and find out why motivates them to help injury victims. Rob Wilder, a cofounder of the Wilder Pantazis Law Group based in Charlotte, North Carolina, is one such attorney.

This is more than just words for Rob — it’s how he lives, both professionally and personally. In his legal practice, Rob represents clients in lawsuits related to product liability, catastrophic injuries, employment, healthcare, and more. Outside of work, he enjoys working with third graders in a Little Lawyers Literacy Program, along with participating in other activities in his community.

When it was time for Rob to decide what direction he wanted his life to take, he made the decision to pursue a legal career. As he put it:

“I like to argue and talk, and I like people and problem-solving. I also can’t stand injustice — so a legal career seemed like an obvious path as I was deciding what to do with my life.”

Rob had a Constitutional Law professor who really opened his eyes to the practice of law. The Constitution and our state and federal laws provide remedies that most people don’t know exist. If someone has been wronged — and that person isn’t a legal scholar — they might be missing out on valuable legal rights and protections.

“In other words, there are some problems that can’t be solved without an attorney’s help,” Rob said. “A lawyer’s role is to identify and fight for these rights and protections and fix the wrongs by using the legal system.”

For that reason — and others — there was never a time when he considered giving up the practice of law. However, he says if he’d had to give up the law for some reason, he might’ve considered opening a restaurant because cooking is one of his favorite hobbies.

Table of Contents + show
Rob’s legal career
Advice to attorneys entering the workforce
A typical day in the office
What are 1 or 2 things a client should look for when hiring an attorney?
What does Rob do outside of work?

As many young attorneys do, Rob started working in a large law firm after graduating from law school. Soon, however, he realized that operating a small firm was a better fit for him.

Choosing to leave Big Law and open a small shop was one of the best decisions Rob could make because it allows him to work with smaller businesses and individuals, and those are his most rewarding and satisfying clients.

What’s the biggest or most important case you’ve ever worked on?

“Each of my cases is important to me because they’re important to my clients. In one case, I won a $44 million award for my client. In another, I was able to get a very large settlement for the family of a wife and mother who was killed in a terrible accident. That guaranteed financial security for this family, and being able to help a family in an unfortunate situation is always important.”

Advice to attorneys entering the workforce

As you enter any profession, it’s important to find an employer that’s a good fit based on your interests, personality, and what you hope to achieve and how you expect to grow.

The legal profession is no different.

Rob recommends that law students find a law firm that practices the type of law they want to do, one that provides education and experience, and is philosophically aligned with your ideals and values in order to be a good fit. To some degree, he admits, that’s beyond your control given how tough the job market is right now.

However, he advises students to help themselves by achieving good grades in law school and being an attractive candidate for good firms. Regardless of where you land, he believes the best thing for future lawyers to do is to work hard and try your best to become such a good colleague so that you’re as close to indispensable as possible.

A typical day in the office

A majority of Rob’s cases are in litigation, which means most of his time is spent researching every aspect of each case, working with expert witnesses, and preparing for trial. He joked that when his own kids were young, they’d say that all he did all day is talk on the phone!

He acknowledges that it’s definitely true that he spends a lot of time on the phone with clients, witnesses, experts, and other lawyers. But most of his time is spent reading and analyzing documentary evidence about his cases.

A lawyer’s job is hard.

Second, part of a lawyer’s job is to deal with unreasonable and often unpleasant opposing counsel. This is always difficult, but he does it so that his clients don’t have to.

Still, he’s happiest when his team can resolve a case favorably and solve a client’s legal problem.

Even if you’re a generalist, every attorney has more experience with certain types of cases. Rob’s practice has focused for a long time on business disputes (including “business divorces”) and shareholder disputes, along with catastrophic injury cases and health care litigation.

What are 1 or 2 things a client should look for when hiring an attorney?

“In my opinion, you want to find a lawyer who’s had experience and proven success in the type of case you need handled. The second priority is a lawyer whom you like and respect, and who’s supportive of you and offers open and honest communication.”

Rob also believes that many people don’t fully understand just how complex personal injury litigation can be. He says your lawyer needs to become an expert on not just the law, but also your medical situation. And they’re not doctors.

He sees his job as demonstrating to a jury how and why the other party’s fault caused your injury. In some cases, that means hiring an outside expert to prepare a digital representation (animation) of the accident so the jury is clear that the defendant was responsible.

It could also mean explaining complex medical injuries to the members of the jury and making them understand why the injuries have had such serious effects on your life. This requires skill, patience, and compassion.

Many people also underestimate how hard an insurance company will fight in a serious case. Reaching favorable resolution for a client against an insurance company isn’t accomplished by making a few phone calls — it’s the result of tremendous preparation, analysis, and negotiation to obtain full justice.

What does Rob do outside of work?

Rob loves spending time with his wife, dog, adult children and grandchildren. When he’s not spending that time with family, he loves to read, workout, and cook.

Going deeper, he talked about his favorite fictional attorneys from books or movies. For instance, he likes Mickey Haller from the book and movie The Lincoln Lawyer and Quentin Avery from the book Mississippi Blood by Greg Isles. 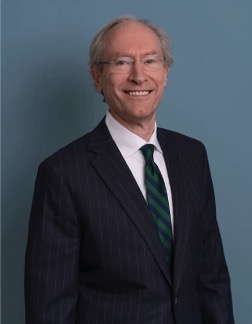 The Wilder Pantazis Law Group is a team of North Carolina attorneys specializing in catastrophic personal injuries including car and truck accidents, workers’ compensation cases, and other severe personal injuries. Rob Wilder has litigated more than 200 jury trials and is skilled at presenting complex information in a digestible way. He has represented clients in catastrophic personal injury cases, along with employment, healthcare, antitrust, banking, pharmaceuticals, heavy industrials and building materials, and other corporate law. Rob has served as an Assistant U.S. Attorney and a Lieutenant in the U.S. Navy JAG Corps. Rob Wilder has been listed in the Best Lawyers in America in Healthcare for the past 10 years, SuperLawyers, and Legal Elite. View his Enjuris profile and visit the firm's website today.