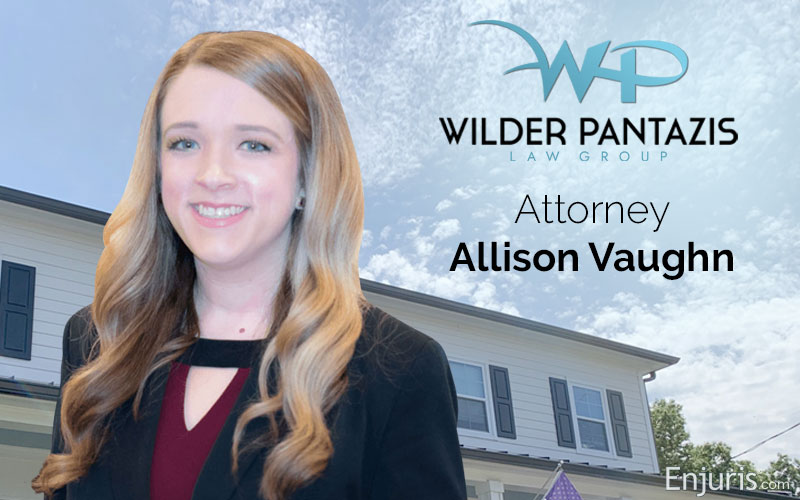 “The nice thing about the practice of law is that there is not a typical day,” says personal injury attorney Allison Vaughn of the Wilder Pantazis Law Group. “Every day brings new challenges and issues that can come up at a moment’s notice.”

Allison decided to be a lawyer when she was in middle school. Even at her young age at the time, she knew there was something profoundly important about helping people and she was intrigued by the legal process.

Now, several years after graduating from law school and beginning her career, she says the hardest part of being an attorney is handling stress. She’s well aware that she makes decisions that have major impacts on the outcome of a case, and she takes that responsibility seriously.

Allison recalls making a presentation to a group of medical residents at the Medical University of South Carolina about a legal research paper she wrote for her Health Law and Bioethics class. She remembers it clearly because of the amount of work required to research, write, and present the material. But she says it’s her most memorable law school experience because it pushed her to “think outside the box” and evaluate information in a different way.

When she graduated from law school, Allison decided to hang her own shingle — she began to take court-appointed cases in civil, criminal, and family law cases. While she was grateful that these cases pushed her outside her comfort zone and provided her hundreds of hours of courtroom experience, she recalls that it was incredibly difficult at the time.

“Like any profession, it takes many years and countless hours of training and experience to really get a handle on how to practice law.”

There were days when she considered shifting gears and selecting another profession altogether.

Ultimately, though, Allison says the best move in her career was when she joined Wilder Pantazis Law Group as an associate in 2018. The experienced lawyers at Wilder Pantazis have mentored her and allowed her to participate in court appearances, depositions, and mediations — all of which are experiences that are invaluable to a young attorney.

The biggest case of Allison’s career to date involved a Chinese company that misappropriated trade secrets from our client, who had invented a special light bulb to withstand power outages.

If she’s learned one thing about practicing law, it’s that it’s crucial to find a mentor in your field of interest as soon as possible.

“The practice of law is so incredibly particular, and it is so important that you have people you can call when you have questions,” said Allison.

She advises new lawyers that once they decide what type of law they’d like to practice, it’s helpful to watch as many court proceedings as possible within that area.

Allison believes that the most important part of an initial consultation with a client is for the client to feel that they can trust the attorney handling their case. They need to feel that their lawyer has a certain level of competence and must be prepared to allow the attorney to handle their case in the best possible way.

She wants clients to understand that it can take months or years to have a case resolved in the legal system; it doesn’t happen quickly. She also prepares them for the fact that not every case results in a huge verdict or settlement — it just doesn’t work that way.

“Achieving a favorable result for a client and truly helping them with their problems is the most rewarding aspect to practicing law.”

Most of Allison’s recent cases have been business disputes and general civil litigation.

If she weren’t a lawyer though, she says she’d be in the communications field or working in public health. She enjoyed her public relations major in college and got satisfaction from working with companies on messaging and communication strategies.

When she’s not at work, Allison spends time exploring Charlotte with her friends and checking out new restaurants. She’s a big fan of the Carolina Panthers and South Carolina Gamecocks football teams, and she dearly loves her 4-year-old golden retriever. 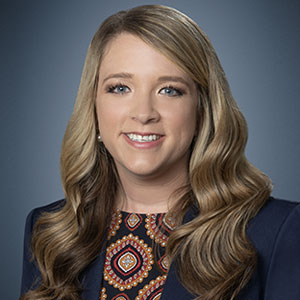 Allison Vaughn is an attorney at the Wilder Pantazis Law Group, a team of skilled attorneys specializing in catastrophic personal injuries including car and truck accidents, workers’ compensation cases, and other severe personal injuries in North and South Carolina. To learn more about Allison, check out her Enjuris profile and visit the firm’s website.